The results from our GDP models show that many countries will probably avoid a recession, with the UK as a possible exception, although they will face low or declining growth in the coming years. Some Euro area countries like Spain and Austria will even do rather well. In this article, we forecast GDP with data from financial markets, which turn out to have significant predictive power. These models are powerful tools for anyone who wants to make informed GDP forecasts and to assess what is discounted by financial markets.

Can information from financial markets be useful in forecasting GDP?

Markets are swinging wildly, bond yields are negative, yield curves are inverting, and stock markets react strongly to different political moves. In the best of all worlds, financial markets should discount all available information on future macroeconomic and corporate developments. Without going into how rational financial markets are, the purpose of this article is to find out if financial market information is useful for growth predictions. This can be valuable if you want to compare your own or others forecasts to what “the markets say”. Maybe you are too optimistic than what is implied by the markets and therefore should think about adjusting your company’s production or sale plans. It can also be of value for investors if, for example, markets are too positive on the growth outlook. Maybe you should consider buying bonds or selling equities.

Which variables have predictive power?

We tried eight different financial variables for ten countries: the 10-year bond yield, the 10-year spreads vs US and German 10-year yields, the 10-2-year yield curve, the exchange rate vs the US-dollar and the euro, and finally the relative national stock market development in relation to both the US stock market and a global index, in local currencies. We have used data from 2002 and the countries involved are USA, UK, Germany, France, Spain, Italy, Sweden, Japan, Austria and finally the Euro Area.

In the first step we used Indicio’s Indicator Mining function to find out which of these eight variables that best predict GDP two years ahead for each country. Indicio uses the so-called Shapley Values to estimate the variables predictive power using a Lasso model. As a default, the system use half of the data sample for out-of-sample tests. The larger share of the data used in this way, the better. Then the model’s ability to predict an uncertain future are tested more thoroughly, and problems like overfitting are avoided. In the end, the forecasts from the models should be more robust. However, there is no guarantee that the models estimated in this way will be stable in the future, but the chances are greater. We have elaborated with the out-of-sample size in order to find at least three financial market variables with predictive power. The results from the Indicator Mining are shown in the table below. (For Italy and Sweden, it was not possible to build sufficiently good models, so these countries are omitted here.)

Notes: * is the score in Indicio,  .. means no predictive content and na means the variable is not applicable.
# – for the Euro Area 10Y is the German 10-year yield and 10Y vs DE is the Spanish 10-year yield spread to Germany.

The results show for example that the best GDP predictor for the US is the yield spread to the German 10-year yield, while the US 10-year yield and the relative performance of the US stock markets in relation to the global stock market also work well (we have used MSCI stock market indices in local currency). In general terms, bond yields are important variables to GDP-forecasts, either outright or as spreads against German or US yields. Surprisingly enough, the yield curve does not have the predictive power that it is often accredited. It contributes to forecasts in less than half the countries. Maybe the yield curve works better in predicting recessions than GDP. Furthermore, the currency is significant for GDP-forecasts for all countries, with the US as the exception. The relative stock market development has validity in most of the countries, however the relation to the US stock market seems to be the best predictor here. It is worth noticing that for all countries at least two of the markets are influential in predicting GDP.

How to uncover what the markets say?

When estimating the models and testing for out-of-sample accuracy, Indico selects the models that pass a certain threshold of accuracy. Intrinsic in the models is that they generate internally consistent future scenarios for all input variables in order to make a coherent forecast of the output variable. The forecasts are thus built on intricate historical patterns and relationships between all variables to iterate these forecasts. Also, more or less built into these models is that all the variables tend to gyrate to some form of equilibrium. We have used these models in two different ways in the forecasting process. Firstly, we have used these forecasts with the variables and scenarios that Indico generated. It should be noted that depending on the model, the scenarios for the input variables can look very different. They are shown below for the four models and three variables that are used for the forecast of the US GDP. This is a dynamic forecast in the sense that the models generate the best possible forecast given the input variables and their historical patterns and relationships.

Secondly, forecasts are made under the condition that the financial variables remain at current levels. In this forecast, bond yields and spreads, currencies and relative stock markets are not allowed to revert to some equilibrium or adjust to each other. This is another way to uncover the future growth rate implicit in the current financial market valuations. This is a static forecast in the sense that the models generate the best possible forecast given fixed values for the input variables and their historical relationships to GDP in different countries. Taken together these two approaches should give a good picture of the future GDP.

What do the markets say?

The forecasts for each country are made with three to six models. It’s not possible to know which model will be the best predictor of the future, but we know how they have performed with historic data in out-of-sample tests. Therefore, we have weighted them according to their past performance. There are several ways to do this, but we have used RMSE Stepwise (“root-mean-square-error”), which gives the models different weights depending on their accuracy for each quarter. Some models are better short-term or long-term, while others perform during the whole forecasting period. We have not used models with an accuracy lower than 99%. The forecasted growth rate for all countries for the second quarter 2021 are shown in the table below, along with the latest forecast from the IMF.

The first thing that is striking is that IMFs forecasts are generally more optimistic than our model forecasts, maybe except for Spain. This can have several explanations. IMFs forecasts were published in July, but probably made some time earlier, before the worries about trade war and Brexit erupted. On the other hand, it is not unusual that financial markets overreact from time to time. This is one way these model forecasts can be used, as a benchmark against other forecasters. Since we believe in our models, the first conclusion would be that IMF probably will revise its forecasts downward in the next World Economic Outlook, due in October.

Another general impression from the model forecasts is that they do not point to a recession in any of the countries, with UK and Japan as possible exceptions. That doesn’t mean that the probability of a recession is negligible, but that the current recession scare is probably exaggerated. However, if the model forecasts are to be believed, we have a period of low and in some cases declining growth ahead of us. This is even more visible in the charts below, which show the growth profiles of the GDP forecasts for all countries.

For the most part, the dynamic and static forecasts point in the same direction and are pretty much the same. In many cases, this is a result of the models generating scenarios which are not that different from the static scenarios or that they cancel out each other. Small differences in forecasts should not be overstated.

Generally, we would put more faith in the dynamic models, since they take account of all historical relationships between the variables. However, if the static forecast diverges from the dynamic that could raise some interesting questions. Maybe the financial markets are affected by factors that make prices reflect other things than growth prospects, such as central banks’ so-called quantitative easing. Another interpretation, if the two forecasts diverge, is that financial markets implicitly expect a structural shift or disruption in how the economy works, different from historical patterns.

For example, in the UK where the scenario with financial markets at current levels point to a recession, while the dynamic scenario forecasts a recovery during 2020. Thus, it seems that financial markets currently are expecting something else than a smooth Brexit. However, should there be a Brexit without eruptions, financial markets will probably rebound strongly. The same can be said of France and to some extent Germany and the Euro Area. Our interpretation is that the current financial markets imply that there will be some effects to the Euro Area, from structural factors such as the trade war and Brexit. As in the example of the UK, if the financial markets are exaggerating these effects, which cannot be ruled out, there could be significant rebounds on financial markets.

This is another way to use these forecasting models. To assess what financial markets currently imply and to what extent that diverges from a dynamic forecast. Taken together these are powerful tools for anyone who wants to make informed forecasts of future GDP and to assess what is discounted by financial markets. Furthermore, the models can be updated regularly to see what markets discount on an ongoing basis. 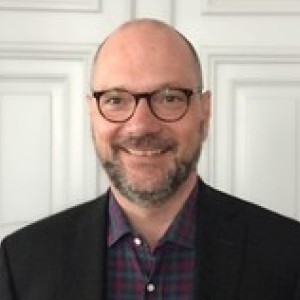