The optimal way of handling forecasting is to combine statistical models, such as those applied in the ERP-system, and human adjustments. The function of the model is to pick up the general trend. The human adjustments should then pick up upcoming events that deviates from historic trends. Thus, improving the budget process is not to change the structure but to ensure that the implication of biases are minimized.

There are two main problems in this way of handling the manual adjustments of the forecast:

1. Making the adjustment in a group will let social implications bias the adjustments.
2. Human beings are not good intuitive forecasters due to biases related to human decision-making.

So what can we do in order to improve the budget process?

Handling the social implications of the adjustments?

Handling manual adjustments  in a group opens up for biases related to human decision-making. Application of the Delphi-method could eliminate biases related to social implications of the forecast. This method is implemented by noting estimations beforehand and bringing them to the actual meeting. Each participant then shares their personal estimation at the meeting, arguing for his or her stand.

There are a vast number of biases decreasing the rationality of human decision-making. However, being aware of the most common ones will make you avoid some of the most likely pitfalls.

Anchoring – Describes the human tendency of relying too heavily on the information provided when making decisions. Once the information is accepted as an anchor, people are likely to adjust their forecasts. Anchoring is not wrong per see. However, it is important to be aware of what information we use as anchors as a basis for our decisions.

Ease of recall bias – Explains the fact that people tend to overestimate the frequency of events that are vivid. For instance, people tend to overestimate the risk of being killed in a car-crash compared to the likelihood of dying from poor diet. Thus, adjustments often relates to specific events that are more vivid than the underlying statistical trend. This bias explains why many of the adjustments made tend to be over-reacting.

Overconfidence – Means that people are likely to look for information that confirms what they already know and disregard information that is contradictory. Once the new information is gathered, it is used as an anchor for validating new information, although it could be seen as inadequate. This leads to a vicious cycle of illogical confirmation.

Hindsight and the curse of knowledge – This bias refers to the human tendency of overestimating what we knew beforehand by applying later gathered information to a previous situation. This bias explains why people tend to be wise in retrospect.

The curse of knowledge – This bias refers to the assumption that the mental map of others looks the same as our own. By assuming that the listener possess the same knowledge, people fails to deliver important information. 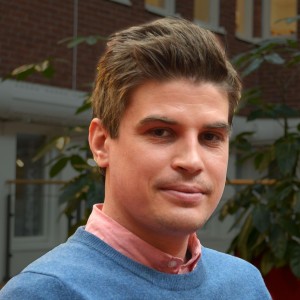 CEO at F&A Forecasting, mostly writing about the organizational aspects of forecasting.