We forecast that the virus induced stock market crash will trigger a downturn in Swedish apartment prices over the coming months. Our models however suggest that the price drop could be quite mild and temporary.

In January 2019 we put out a forecast of Swedish apartment and house prices where Indicio´s models indicated that prices would rise by an annual average of 2-3 percent on a one-to two-year horizon. So far the models have been fairly accurate. Lately however the circumstances have changed dramatically with the global outbreak of the virus Covid19. In this study we try capture the effect the virus outbreak might have on future apartment prices in the three major metropolitan regions; Stockholm, Göteborg and Malmö. We do this by examining the effect that changes on the stock market have on the apartment prices forecasts.

The stock market fall from January to March is forecasted to generate a fall in apartment prices of 2-4 percent during the spring. If the stock market continues to tumble, generating an accumulated fall of 50 percent between alltime high February 19th and the end of May the downturn in apartment prices is expected to extend to between 4 and 11 percent. Our models suggest that Göteborg prices are less sensitive to stock market changes than Stockholm prices while Malmö prices are a little more sensitive.

Together the three regions have more than 40 percent of the population in Sweden and more than half the stock of tenant owned flats. Price indexes for the regions stretching back to 2005 are compiled by Valueguard and released on a monthly basis. The index show that apartment prices have been rising quite fast over the last 15 years. Average yearly price increases have been 6,7 percent in Malmö, 7,2 percent in Stockholm and 8,3 percent in Göteborg. Occasional downturns have occurred in 2007-08, 2011 and 2017.

Forecasts based on the situation at the end of 2019

Indicio produces 18 different univariate forecasts built on six different models estimated on monthly data over the period 2005 to 2019. Combining them into one single forecast by weighting them by their relative stepwise RMSE gives fairly robust results with one year ahead 95 percent prediction intervals at around ±7 percent. The combined univariate forecasts show that price increases are expected to slow down and reach 3 percent in Stockholm, 4 percent in Göteborg and 5 percent in Malmö during 2020.

For the multivariate forecasts we tried a number of both regional and national variables as indicators together with the national stock exchange index, SIXRX. In Stockholm sales of flats, the stock of flats, mortgage rates and inflation come out as a significant drivers of apartment prices while Göteborg prices are driven by inflation, the regional business cycle, population over 20 years old and the stock of flats. In Malmö the only significant driver of apartment prices, besides the stock market index, is the stock of flats. We estimate the models over the period 2005 to 2019 and try to forecast the outcome for 2020. In indicio we can make 42 different forecasts based on 14 different models. Combining these into one single forecast, reduces the 95 percent one year ahead predictions intervals to between ±3 and ±5 percent. The expected price increase during 2020 is around 5 percent in Stockholm, 6 percent in Malmö and 8 percent in Göteborg.

Given the situation at the end of 2019 healthy price increases were forecasted for 2020. The corona virus outbreak has of course totally altered prospects for the housing market in many ways. We only aim to capture the effect that goes through the impact that the stock market has on apartment prices. We use different scenarios for the stock market index and put these scenarios into the multivariate model forecasts. We construct three different scenarios. In the reference scenario there is no restriction on the stock market. In the second scenario we only put in the actual stock market development until mid-march (that is a 32 percent fall between the peak in February 19th and March 16th ). In the third scenario we assume that stock prices will continue to fall reaching a bottom in May (equivalent to a 50 percent fall since the peak). The best fitting multivariate model for each region is used to estimate the effects. 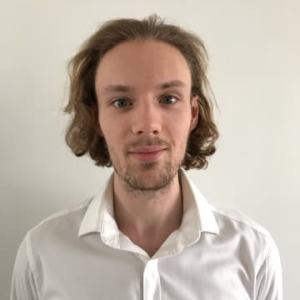 Housing and stock market fanatic, mostly writing about macroeconomic indicators and their applicability when forecasting.