Enhancing forecasting precision is of the utmost importance when planning production volumes and investments. In this case study, we forecast quarterly registrations of heavy commercial vehicles in the European Union. We found that traditional forecasting models appear to be reliable, but using Indicio leads to major improvements in accuracy compared to the traditional models over longer time spans. The resulting forecast indicates a slow recovery in the coming quarters. A scenario analysis with drops in gross fixed capital formation also reveals a risk of a substantial, but temporary, drop in new vehicles at the end of the year.

Adjusting for seasonal patterns and outliers, a traditional univariate forecast already offers a reliable forecast of the number of new registrations of heavy commercial vehicles. A seasonal pattern with a large downturn every third quarter and several outlier values can be identified. The Indicio platform applies up to 18 different univariate models to the data and identifies the best one for each forecasted period. In this case, we find that the best univariate models give errors of only 1-2 % for the first two quarters up to a 5.69 % error on an eight-quarter horizon.

So, what can be improved when we already have a decent univariate forecast? If we study the data, it is apparent that registrations of heavy commercial vehicles are heavily dependent on the business cycle – we can note the considerable downturn following the financial crisis in 2008 as an example. This is not surprising given that lower overall production outputs reasonably decrease the demand for transports.

Knowing this, we can add indicators for stock markets, macroeconomic variables and industry production volumes in the European economy. The Indicio platform will automatically analyse indicators and their dynamics to calculate an influence score based on how much each variable improves the model and then select the indicators that improve the forecast accuracy. This allows us to build the best possible multivariate forecast with the indicators at hand.

We find that the MSCI GDP-weighted European market index helps to improve the model while neither S&P’s developed countries broad market index nor the MSCI index targeting air freight and logistics help to create a better model. This might be surprising given the latter two indexes are likely to be closely connected to our main variables. However, in this setup, it appears that they do not add any information that is not already included in the MSCI GDP index.

We also find that the EU unemployment rate has a major positive impact on our forecast. This is hardly surprising given that the unemployment rate is traditionally often used as a measure of economic slack. Overall investments through gross fixed capital formation also improve the accuracy, whereas neither the economic sentiment indicator reflecting GDP growth in the euro zone, nor inflation in the form of HICP change, nor household consumption improve the accuracy of the model.

None of the industry surveys improve our model, and neither do the industrial production volumes. It is likely that the results of these surveys and total production are largely dependent on the stock markets and macroeconomic variables. Therefore, they do not add anything new to our forecast.

Indicators used in the forecast

Given that the univariate models appear to be more accurate in the shorter term and multivariate models are better over the longer horizons, a final forecast should ideally incorporate results from both methods. Using stepwise weighting, we can incorporate all the different models into our final forecast, weighting them at each step according to their historical accuracy. This allows us to create a combination of the best univariate and multivariate forecasts at each step, ensuring a very precise overall forecast. Weighting the forecast also helps to create a more nuanced and robust forecast which does not rely on

MAPE from the best models at each forecast length

Our final forecast predicts a slow recovery in newly registered heavy commercial vehicles over the coming two years. This would be similar to the recovery following the 2008 financial crisis, after which it took almost eight years to return to pre-crisis production levels.

However, this forecast is built on the assumption that our indicators will not suffer from any further drops in value and will instead start to recover after the corona crisis. Other actors such as the OECD predict substantial falls in gross fixed capital formation during 2020 as outlined in the OECD Economic Outlook No 107. To investigate how this would affect our forecast, we have conducted a scenario analysis based on the single- and double-hit scenarios produced by the OECD. This method is sometimes also known as conditional forecasting.

Both scenarios result in forecasts of large declines in new vehicle registrations that are worse than the fall in production following the 2008 financial crisis. However, after an initial hit, a relatively quick recovery would be expected as soon as gross fixed capital formation starts to rise again. Stimulating investment is a popular way for governments to conduct macroeconomic intervention following economic crises. The number of new commercial heavy vehicle registrations in the coming period may therefore be influenced by the willingness of EU governments to apply stimulus packages aimed at increasing investment in the economy.

To summarise our market study, we have produced a forecast from a combination of univariate and multivariate models. The results indicate that the recovery back to pre-crisis levels might take a long time, with only a slow recovery over the coming eight quarters. A scenario analysis in which we simulate a large fall in gross fixed capital formation also reveals that there is a risk of a large drop in registrations during 2020. However, recovery from this drop is likely to be relatively fast. 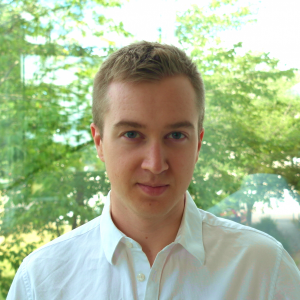