We forecast that residential investment will decline by almost 17 percent over the years 2018-2021, using a new forecast modelling tool. The number of started dwellings is expected to decrease from a seasonally adjusted annual rate (saar) of 68 000 in the fall of 2016 to slightly below 52 000 in the beginning of 2021. The number of completed dwelling is expected to top at around 55 000 saar in the first quarter of 2019 and then fall to 51 000 in the fall of 2021. Our models show that higher GDP growth or lower interest rates than expected could offset the downturn in residential investment and generate rising construction already this year.

Housebuilding and other residential investments (refurbishings, conversions, etc) are very cyclical businesses. In Sweden, it is not uncommon that real residential investment rises or falls by 15-20 percent over a single year. Actually, over the last 30 years investment growth has only been between -10 and +10 percent 45 percent of the time. The number of completed dwellings were almost down to 10 000 a year in 1998 and 1999 but above 50 000 in 1989-92 as well as in 2018. So when making house construction forecasts you shouldn´t be surprised or alarmed if they are showing big changes. Rather you should expect big cyclical swings.

There are several different measures showing the scope of residential construction in Sweden, all with their own pros and cons. Quarterly data over building permits, started dwellings and completed dwellings shows the number of newly built residential units as they proceed through the different stages of the production process. The stock of dwellings is measured once a year and is a broader measure since it includes demolitions and conversions from/to non-residential units as well as combinations/divisions of units. Residential investment is the broadest measure since it covers both construction of new dwellings, renovations, reconstructions, extensions and costs of ownership transfers. It is a classification used in the quarterly national accounts. All of the measures mentioned above are published with quite long timelags and revisions to historic data can be considerable.

In this study we are interested in both how construction activity is evolving over time, in how the number of dwellings available for households to live in changes and in the outlook for the housing market in general. We will use econometric techniques to forecast both residential investment and the number of started and completed dwellings in Sweden. We will also try to estimate what it would take in terms of lower interest rates, higher house prices, increased household debt and/or stronger income/GDP growth to neutralize the expected downturn. We will use the forecast tool Indicio, developed by F&A Forecasting especially to facilitate advanced forecasting without requiring deep statistical knowledge. In Indicio we can combine up to 18 univariate and 16 multivariate forecast models with weights based on their historical forecast errors. This method improves prediction accuracy considerably compared to single model forecasts.

There is a vast literature of studies on which factors are most important in driving residential construction. House prices, interest rates, the state of housing supply, household disposable income, construction cost, financing conditions, household and business confidence, population growth and migration are just examples of important factors. One often used model when forecasting house construction is Tobin´s q model where q stands for the ratio between the price of the existing stock of dwellings (i.e. house- and apartmentprices) and replacement costs (i.e. construction costs). The higher q gets the more residential investments will rise, although the effect can be delayed in time by market frictions.[1]

Altogether we test around 35 variables as driving forces of residential construction. The period investigated stretches from 1975 to 2018. Most variables only date back to 1980 though.

Indicio picks real GDP and the short term interest rate as the most significant drivers of real residential investment over the period 1980-2018. The combined forecast – 14 uni- and multivariate models weighted according to stepwise Root Mean Square Error – shows that real residential investment is expected to continue to slow down over the coming three years. This year it is expected to decrease by 9 percent, next year by 3 percent and in 2021 by 1 percent (see chart below).

The number of completed dwellings is driven primarily by short and long term real interest rates, household financial assets, real GDP, household disposable income and real house prices according to Indicios algorithms. The weighted forecast, which combines 11 uni- and multivariate models, shows that the number of completed dwellings is expected to land slightly below 55 000 both in 2018 and in 2019 and then decrease to 51 000 in 2021. From top (a seasonally adjusted annual rate of a bit above 55 000 in 2019Q1) to bottom (slightly below 51 000 in 2021Q4) the fall is equivalent to 9 percent.

What would it take to stop the ongoing construction downturn? Could lower interest rates or higher GDP growth turn things around? To investigate these questions we estimate different scenarios for the coming three years in one the multivariate models. One of the most accurate models is a vector error correction model which includes residential investment, real GDP and short term interest rates. We estimate one unrestricted scenario (HS for head scenario) and four restricted scenarios. In the first restricted scenario we assume real interest rates will decrease by 0,75 percentage point (75 bp) from the end of 2018 to the end of 2021 (scenario LR for lower rates), in the second scenario we let GDP growth climb to almost 3 percent per year (HG for higher growth).

When we compare the different scenarios it is clear that both changing the interest rate and raising GDP growth will have quite large effects on future housing construction.

Our modelling exercises suggests that we are in the midst of a house construction slowdown. Measured as real residential investment the total downturn from the first quarter of 2018 to the end of 2012 is expected to land at 17 percent. The number of construction starts is expected to fall by a total of 22 percent from top to bottom, while the number of completed dwellings will drop by a more modest 9 percent. The forecasted downturn may seem big and prolonged but given the historic swings it comes out as quite a normal business slowdown. Moreover the future level of construction will remain well above the levels prior to 2015.

Overall, our forecasts are a bit more optimistic than others, for example The National Board of Housing, Building and Planning, Veidekke, The Swedish Construction Federation or The National Institute of Economic Research.[2] We expect the number of started dwellings to annually average 52 000 over the period 2019-21 and the number of completed dwellings to average almost 53 000 annually over the same period. This means that the stock of dwellings will continue to rise at a pace that fairly equals population growth.

We find that household income, debt and financial assets are important drivers of house construction as well as interest rates, GDP and house prices. We can’t find any major empirical effects on construction emanating from changes in production costs. If GDP growth were to average around 3 percent annually (instead of 0-2 percent which is the consensus forecast) over 2019-21 this could be more than enough to turn the downturn around. The same goes for interest rates; if they were to decrease by decrease by 75 bp, instead of increasing as in our head scenario, residential construction would start to rise already this year. 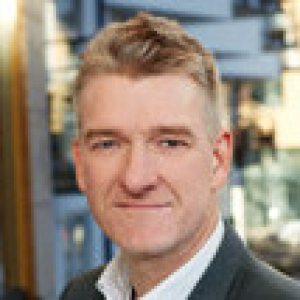