Exponential smoothing is a standard method in many BI-solutions. It is a method that has been around for a long time since it was developed during the 1940s. Although much has happened since then in terms of model development, many companies use modules attached to the ERP-system and does not put a lot of effort in questioning established methodologies.

Furthermore, within BI-forecasting, the challenge often lies in understanding the unstable data with its ups and downs rather than slightly improving the forecast by a few percent. This is done by applying causal, or econometric, models where relations between the forecasted variable and indicators are identified and used in order to improve the forecast accuracy.

There is vast predicting-power in applying econometric models although the prerequisites in knowledge and data have been high historically. As an example, we recently got the task to improve a product group forecast for a large Swedish industrial firm. The product-group is used in the oil-industry and just by adding the past oil price to the econometric forecast, the accuracy was improved by 20% compared to the earlier applied exponential smoothening.

Exponential smoothing is a univariable model, which means that it only considers historical development when it predicts the future. These types of models will work well in relatively stable environments, but as the economy historically has tended to react faster over time, so does the individual business, making the application of exponential smoothing gradually decreasing in suitability since it was originally introduced in the 1940s. 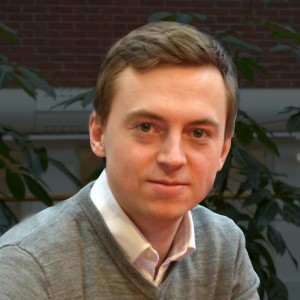